Yooma was originally incorporated as 2705507 Ontario Inc. on July 10, 2019, under the laws of the Province of Ontario, Canada. Pursuant to articles of amendment dated October 29, 2019, the name of the corporation was changed to “Yooma Corp.” On February 10, 2021, Yooma completed a reverse takeover transaction with Globalive Technology Inc. (“Globalive”), pursuant to which Globalive acquired all of the issued and outstanding securities of Yooma in exchange for common shares of Globalive. The transaction was completed by way of a court-approved plan of arrangement under the Business Corporations Act (Ontario) with the common shares of Yooma listed on the Canadian Securities Exchange following the amalgamation of Globalive and Yooma. The Company changed its name from Yooma Corp. to Yooma Wellness Inc. on February 10, 2021.

BY-LAW RELATING TO THE BUSINESS AND AFFAIRS 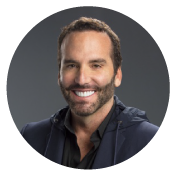 Lorne Abony
Chairman of the Board

Lorne Abony’s recent roles have focused specifically on the wellness and medical cannabis markets. He most recently served as the Chairman of EMMAC Life Sciences Group, Europe’s largest independent cannabis company, which was sold to Curaleaf in 2021 in a transaction valued at ~USD$407 million. Previously, Mr. Abony was the CEO and co-founder of Nuuvera Corp., a Canadian cannabis company listed on the TSX-V then sold to Aphria in 2018 in a transaction valued at ~CAD$826 million.

Prior to Nuuvera, Mr. Abony was CEO of Mood Media Corporation, the world’s largest in-store media company. As CEO, Mr. Abony oversaw a public company listed on both the Toronto and London Stock Exchanges. Under his leadership Mood grew to offices in 47 countries, over 3,300 employees and annual revenue in excess of $500 million. Prior to Mood, Mr. Abony was a co-founder of FUN Technologies, an AIM and TSX listed company, which he sold in 2006 to Liberty Media for $484 million. Mr. Abony has significant capital markets experience having raised over $1.4 billion through the public and private debt and equity markets.

Mr. Abony was born and raised in Toronto. He received his undergraduate degree from McGill University and after graduating from the University of Windsor law school in 1994 with an LL.B and the University of Detroit Mercy with a J.D., he practiced corporate and securities law at a large Toronto law firm. Mr. Abony subsequently earned his MBA from Columbia Business School and embarked upon his successful and continuing entrepreneurial career. He was also featured on the successful CBS television series “Undercover Boss”. 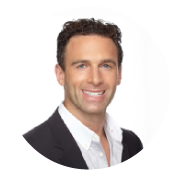 Anthony Lacavera is a serial entrepreneur who has spent the last 20 years disrupting the technology and telecom landscape and pushing the status quo. Mr. Lacavera founded Globalive Technologies Inc. in 1998 and served as Chairman and CEO prior to the reverse-takeover transaction with Yooma. Mr. Lacavera is also the Chairman and founder of Globalive Capital, a Toronto-based investment company focusing on the telecommunications and technology sectors. Globalive Capital has made over 100 venture and private equity investments over the past 15 years.

As a venture capitalist, Mr. Lacavera has a significant stake in dozens of startups in Canada as well as the United States. As a mentor and investor, he is heavily involved in accelerators and incubators, including MaRS, Creative Destruction Lab (CDL), NEXT Canada and the DMZ at Ryerson University. Mr. Lacavera has done business in more than thirty countries, ranging from producing plays on Broadway to raising almost CAD$2 billion in private capital. He is a regular television commentator and speaker on artificial intelligence, entrepreneurship and the telecommunications industry. He was educated at the University of Toronto. 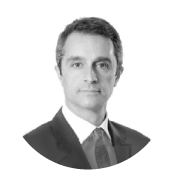 Antonio Costanzio was the co-founder and CEO of EMMAC Life Sciences Group, Europe’s largest independent cannabis company. EMMAC was sold to Curaleaf in April 2021 at a valuation of ~USD$407 million, and Mr. Constanzo continues as the CEO of Curaleaf International. Mr. Costanzo is an experienced senior executive with a successful track record in public and private companies and in innovative, complex and highly regulated industries. Before co-founding EMMAC, Mr. Costanzo was instrumental in the successful development of Nuuvera, a Canadian publicly listed cannabis company that was acquired by Aphria in March 2018 in a transaction valued at ~826 million. Mr. Costanzo led the company’s development in Europe, Africa and South America.

Prior to focusing on the cannabis industry, Mr. Costanzo was Head of Public Policy and Government Relations at Uber in the key European markets. He formerly spent 10 years in the online gaming industry, at bwin, as Director of International Development and Regulatory Affairs, developing the group’s activities across Europe.

Mr. Costanzo served for 5 years as vice-Chairman and board Director at ESSA – Sport Betting Integrity. He started his career in the media industry, at Eurosport, where he launched and managed the Italian market. Fluent in 4 languages, Mr. Costanzo has developed an extensive political and business network across Europe. 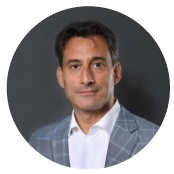 Jordan Greenberg brings over 20 years of financial management experience in both public and private companies in the manufacturing, distribution and agricultural sectors, most recently specializing in emerging industries.

Mr. Greenberg currently serves as the CEO of Yooma Wellness Inc. Prior to Yooma, he was the CFO of Cryptologic Corp., a leading Canadian cryptocurrency mining operation. Mr. Greenberg was the CFO of Nuuvera Inc., which raised over $100 million in equity financing to enable several cannabis-related acquisitions, both in Canada and in international markets. The company completed its go-public process through the reverse takeover then achieved a successful exit through a plan of arrangement with Aphria, in a transaction valued at ~CAD$826 million.

Prior to Nuuvera, Mr. Greenberg spent two years as CFO of Dundee Agriculture, a wholly owned subsidiary of Dundee Corp. and twelve years as the CFO of Crawford Metal Corporation, a private operator of steel distribution centers in Canada and throughout the south-eastern United States. Mr. Greenberg holds a Bachelor of Commerce degree from the University of Toronto and earned his CPA designation while working with Ernst & Young in Toronto. 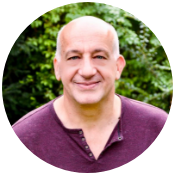 Simon Dryan, Independent Non-Executive Director Simon brings over 35 years of diverse industry experience to the Board across investment banking, property family offices and most recently specialist insurance services. Simon previously headed the equity division of Rock Investments, a UK vehicle that targeted under-valued assets, taking strategic stakes in quoted companies and acting as an activist investor to seek greater shareholder participation and returns. Simon spent his earlier career in investment banking, accumulating 25 years of experience in global equity markets. At Merrill Lynch, Simon was a Director of European Equities, responsible for execution and risk management and P&L for a team of 150 traders. Simon also held senior positions at Smith NewCourt and Lehman Brothers.

The Directors recognise the importance of sound corporate governance and from admission of the Company’s shares to trading on the AQSE Growth Market (“Admission”) intend to observe the requirements of the QCA Code to the extent they consider appropriate in light of the Company’s size, stage of development and resources.

Yooma’s Board has three committees: the Audit Committee, the Compensation Committee, and the Nominating and Corporate Governance Committee.

Yooma’s Audit Committee consisting of the following members: Mr. Abony (chair), Mr. Costanzo, and Mr. Lacavera, all of whom are “financially literate”. Each of the Audit Committee members has: (i) an understanding of the accounting principles to be used by the Company to prepare its financial statements, and the ability to assess the general application of those principles in connection with estimates, accruals and provisions; (ii) experience preparing, auditing, analyzing or evaluating financial statements that present a breadth and level of complexity of accounting issues that are generally comparable to the breadth and complexity of issues that can reasonably be expected to be raised by the Resulting Issuer’s financial statements, or experience actively supervising individuals engaged in such activities; and (iii) an understanding of internal controls and procedures for financial reporting.

Once appointed, the independent non-executive director will be appointed to relevant Board committees.

A copy of the QCA Code can be found here. (https://www.theqca.com/)

Percentage of securities in Public Hands: 75%

(b) the particulars of any outstanding instruments issued by the issuer convertible into, or conferring a right to subscribe for, the admitted securities, and the amount and percentage of immediate dilution assuming full exercise of rights of conversion:

(c) a list of the shareholders holding more than five per cent of the issuer’s share capital or voting rights and the percentage held by such shareholders;
Mar 2022 Yooma significant shareholders

(d) any restrictions on their transfer;
Oct 2021 Yooma significant shareholders

(e) details of the exchanges or trading platforms on which they are admitted to trading;

July 26 2021: Yooma Secures Financing of US$9.7 Million and Submits an Application for Admission to the London AQSE Growth Market

June 17 2021: Yooma to Cease Operations in China Due to New CBD Regulations

May 31 2021: Yooma Wellness Announces Pursuit of Dual-Listing on AQSE Growth Market in the UK and Concurrent Financing to Fund Three Accretive Acquisitions